Boxes and unpacking and free books, oh my! 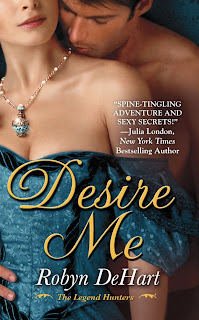 I don't know if I've mentioned on here before, but The Professor and I have been building a house the better part of the last six months. Okay we've been paying to have a house built, we never even lifted so much as a hammer. But this past week it was done and we closed and the U-haul came and now we live in a veritable maze of boxes.
The unpacking is going fairly well, but I don't seem to be making much of a dent. There are still so many boxes and Rubbermaid crates to go through. But one thing I have found are all my author's copies and well, I think it's time to get rid of some. So if you're interested then all you need to do is make a comment here and you might win an autographed copy of a book from my backlist. I'll pick 5 winners. Okay we need a topic, comment and tell me about your favorite or least favorite movie and what your favorite TV show is right now.
In addition to this spontaneous contest, I'm also running a Spring Fling contest with Fresh Fiction.
In the meantime, please allow me to share the first review for DESIRE ME.
"I did not just read this story, I inhaled it in one sitting. Danger, mystery, romance, suspense, and history all blend together with a healthy dose of the Atlantis legend. The result is a book destined for your Keeper shelf. Robyn DeHart has written a treasure trove of trouble that will have you reading at top speed!" ~ Huntress Reviews
Posted by Robyn DeHart at 7:12 AM 29 comments:

Conference On My Mind

Hi, everyone! Hope you all had a fabulous weekend.

As I write this post, I am in serious writing conference mode. This year, I'm the conference chair of my local RWA chapter's Silken Sands Conference (it's a conference at the beach--score!). I've been to lots of conferences--big and small, and I always enjoy the energy level at these events.

Some other things I enjoy?

Well, I love hearing from the agents and editors--it's always great to get an inside scoop on the industry and find out what's hot right now in the publishing world.

I love meeting other writers and learning about their writing process. (It seems like we all do things a bit differently.)

I love meeting readers at the booksigning events. Total thrill for me!

I love the workshops because I always feel like I learn something new.

Ah, yeah, I enjoy the conferences.

What about you? Have you ever been a conference (either a reader-focused one or a writer-focused one)? And what did you like about the event?

Posted by Cynthia Eden at 6:42 AM No comments:

The winner of a signed copy of Countess of Scandal is--Meljprincess! Please send your snail mail address to me at LaurelMckee7551 AT yahoo.com
Posted by Amanda McCabe/Amanda Carmack/Laurel McKee at 1:34 PM 1 comment: 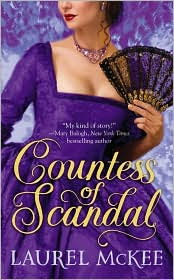 Hello everyone! Newbie author (to Grand Central, anyway!) popping in to say hey. Last month was meant to be my blog debut here, but, well, life had other plans. I'm so happy to join you here for March, though, since one of my favorite holidays is coming up--St. Patrick's Day!

I grew up in a very Irish family where St. Patrick's Day was a big, fun deal every year. At my grandparents' house, they would hang out a big Irish flag (sort of like the giant Greek flag on the garage door in My Big Fat Greek Wedding), my grandmother would make bangers and mash and shepherd's pie along with soda bread, and the grown-ups would drink Guinness and hard apple cider while the Chieftains were on the CD player. Now I usually make it to a parade of some sort and a local pub (where I'm now allowed to drink Guinness myself, though I still really like the ginger beer of my childhood!). In my Daughters of Erin series about the Blacknall sisters and their heroes in late 18th/early 19th century Ireland (book one, Countess of Scandal, which is set around the Uprising of 1798, came out last month!), no one has a St. Patrick's Day party. I'm kinda sad about that, but we can have our own party right here!

St. Patrick's Day is a national holiday in Ireland (a bank holiday in Northern Ireland and a public holiday in the Republic), and strangely it's also a national holiday in Montserrat. Here it's just widely celebrated, though not "official" (I heard Australia has a big party that day, too!). It's officially a feast day celebrating Ireland's patron saint (St. Patrick, AD 385-461). It's a holy day of obligation for Catholics in Ireland, and usually falls during Lent (though if it falls on a Friday, the obligation to abstain from eating meat doesn't apply--lucky for all that corned beef and cabbage!).

St. Patrick's Day was an exclusively religious holiday in Ireland until it became a Public Holiday in 1903 (along with a law requiring pubs to close on March 17--boo! This was repealed in the 1970s). The first parade in the Irish Free State was in 1931, and in 1997, in an effort to use St. Patrick's Day to better showcase Irish culture, the first St. Patrick's Day Festival was held. By 2006 it was 5 days long, with over 675,000 at the 2009 parade.

In the US, the Irish Society of Boston held the first parade here on March 17, 1737. New York City's famous parade began in 1762. In 1780, General Washington allowed his troops a holiday on March 17 "as an act of solidarity with the Irish in their fight for independence." Other early parades in the US include New Orleans (of course! Always on board with a party) in 1809, Savannah in 1813, and Philadelphia in 1771. Today St. Patrick's Day is widely celebrated by Irish and non-Irish alike, with hige parades in places like Seattle, Indianapolis, Chicago, and many, many others. Do you have one in your town?

How do you celebrate the holiday??? (To one commenter on today's post I'll give a copy of Countess of Scandal to celebrate the Month of Being Irish! And be sure and visit my website for more info on the "The Daughters of Erin"...)
Posted by Amanda McCabe/Amanda Carmack/Laurel McKee at 12:56 AM 9 comments: