Mad Men & Those Who Love Them 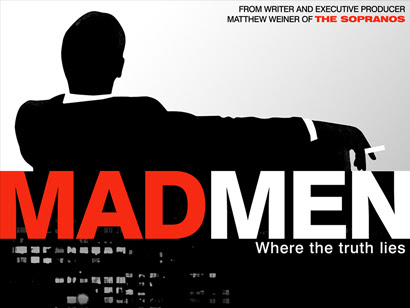 Just got back from St. Louis where I was visiting my daughter. We watched 6 episodes of Mad Men together. I gotta say I was resistant to watching at all. As a child of the 60s, I have a natural aversion to the Eisenhower era. The repression of true feeling in exchange for surface politeness, the stark gender roles, the cramped, narrow space of ordinary lives. Who wants to revisit that?
But I found myself hooked after reading that the show's creator wanted to write about a time period on the verge of profound change. And I began to see the world of the show as presented in the first season as the "ordinary world" of the Hero's Journey. In order to experience the change, we, the reader/viewer, have to experience what's being changed. Interesting how shaping stories into books shapes the way I look at all story-telling.

Anyway, by the time I finished the first 6 episodes, the nominal hero of the show, intensely handsome advertising Creative Director Don Draper, has heard the distant sound of his call to action. Oh, he's still sleeping with his beatnik mistress, still falling hard for his Jewish client, and still married to his Grace Kelly doll of a wife, but he's also reading Frank O'Hara. 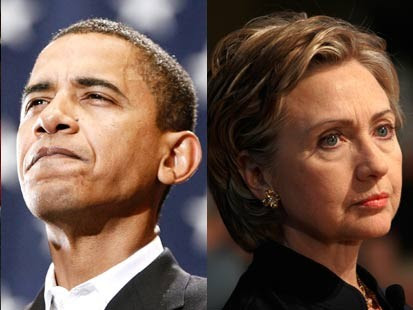 Interesting to see it all unfold, especially in light of the current historic election. Women in the show are definitely second-class citizens given little respect, and the only people of color run the elevators, clean house, or wait tables. Seems like so much has changed. Has it?
Anyone else out there watching this show? What do you think...of the era, the writing, the story-telling?
Posted by Annie Solomon at 11:48 PM 6 comments:

Hey guys, wanna chance to win an online $25.00 gift certificate to either Barnes and Noble or Amazon? All you have to do to be entered in the drawing is to watch this widget created by our very own Grand Central author Jane Graves. She's started a widget making business. Visit her website @ widgetwise.com. She's so creative she can even track the number of times the widget gets passed around. So grab it for a chance to win big!

Just post here that you snagged it and passed it on through email to your family and friends or you posted it on your own blog or you put it on your myspace or facebook page or you downloaded to your own desktop. There's all kinds of places where you can share it. I'll give you guys a week and then on September 1, I'll have a drawing from everyone who participated. Thanks so much!

I was sitting around the other day watching some of the Olympic swimming events with a few jocks friends. As Michael Phelps (the Nora Roberts of the aquatic world) cruised to yet another world record, I couldn’t help but mention that I, too, had a win at our romance writers “Olympics—aka the RWA Conference in San Francisco, which took place at the beginning of August. (Okay, okay, a little shameless plugging that my book, The Spy Wore Silk was voted Best Historical Mystery/Romantic Suspense in the Daphne Du Maurier Awards. Now, Diana Holquist (congrats, Diana) and her trash-talking RITA finalists have way more to brag about—I mean, the RITAs are our Academy Awards. But hey, my heroine got to be in a video with Sexy Man. )

But I digress. Back to the spirit of competition . . . My athlete friends all shook their heads and said they found the idea of judging one book against another way too subjective. They much preferred the absolutes of athletic performance—the fastest time, the most points—where the winner was defined by a clock or a scoreboard, not some personal preference. I pointed out that sports like gymnastics, skating and diving were judged subjectively. But they countered that no, each routine of move had a clearly defined technique that a trained eye could see, so the scores were based on a set standard . . . in theory, at least.

In any case, it got me to thinking about writing “gold medals” and the spirit of competition in writing. Why do awards matter to those of us who pursue “intellectual” rather than physical endeavors? Well, probably for the same reason that athletes take satisfaction in the recognition of their accomplishments. Like long distance runners and swimmers, we spend hours in training—grueling sessions where we work on technique, and form. That daily grind is a lonely, demanding challenge, with no bright lights or cheering crowds. It takes discipline and determination to persevere. At times, we doubt our abilities, and feel that we will never be able to reach the finish line in decent form.

It’s easy to feel isolated and lose perspective on how we are doing—are our efforts any good? Are all our training efforts paying off? I think that both athletes and writers ask themselves the same questions. So when we writers screw up our courage and enter competitions, it’s probably for much the same reasons. We have to believe in ourselves, but hey, for one brief shining moment it’s nice to have others give cheer.

What do you think about literary awards? Love them? Hate them? Think they are meaningless?
Posted by cara elliott at 5:07 PM 1 comment:

Isn’t the English language fun? What began as a blend of Latin, French, and Germanic has grown to over 600,000 words, and Americans add several thousand each year with our penchant for adopting foreign phrases, embracing technology, and inventing slang.

To illustrate, here’s a collection of amusing signs from my past trips to England. Sometimes it’s hard to believe we Americans speak the same language!

Cruelty to animals? Is this anything like cow tipping?

Paint with an attitude!

And here’s a sign from the Tower of London...

I’d like to think this was just tidy graffiti, but I’m afraid it’s a street name.

But perhaps the funniest wording I’ve ever seen on an English sign was one in Jamaica that said, DRIVE SLOWLY--SLEEPING POLICEMEN. The “sleeping policemen” were slow bumps in the road!

Know of any others?

Sarah McKerrigan...
Stories to keep you up all night!
LADY DANGER - Riding to the rescue April 2006
CAPTIVE HEART - Coming for you October 2006
KNIGHT'S PRIZE - Stealing your heart April 2007
DANGER'S KISS - Flirting with trouble May 2008

Posted by Sarah McKerrigan at 8:45 AM 2 comments:

Where's the Line? Is it Here or Over There? Let's Find Out!

Let's talk deleted scenes. I've noticed that authors often post scenes that didn't make it into their books. Heck, I've done that myself. Now, most of the time, my deleted scenes get deleted for the very good reason that they weren't the sharpest knife in the drawer of novel chapters. So, off with their papery little heads. It's a bloodless coup, not that it doesn't hurt me.

Poor chapter, I thought it was going to work out, but I'm sorry. I couldn't make you what you deserved and I swear this hurts me more than it hurts you.

Off the chapter goes into my deleted chapters folder.

But sometimes I delete a chapter because I was taking a risk. Just how far can I go? I think to myself. Let's find out! And I write the chapter. And then my editor either blinks or doesn't at all.

For example, in A Darker Crimson I wrote a scene in which my vampire hero has sex with the human heroine whilst he is possessed by a demon. Oddly enough I wasn't worried about that scene at all. In retrospect, I should have been, but I was more worried about the scene in which my heroine has sex with a demon under the influence of an arcane demonic bond; they're both having sex without their full free will. My editor didn't say a word about that scene. But he did want me to change the possession sex scene. So, all right! I did post the deleted scene to my website and at least some people said they liked that better than the one I wrote in it's place. But, my editor was right in his objections, which, actually had less to do with sex during demonic possession and more to do with my heroine's personal agency.

In My Wicked Enemy (on sale now!!) one of my revision requests was this:

By now you've wondered WTF? A novel that falls on the hot side of the romance spectrum often has lots of penis touching. Good golly! Was Carolyn asked to deprive her poor hero? No. The touching involved occurred between my hero and a male secondary character who happened to be on a bed (no, they weren't doing that, not exactly anyway) with the heroine.

In my final manuscript, there was male to male penis touching, which I edited out on request and I do think the scene as rewritten was very good and still resonated with a touch of oh my gosh! Are they going to---?

So, what do you-all think about a scene like that? Would it bother you in a Romance novel? I'm curious to know what you think.
Posted by Unknown at 8:39 PM 6 comments: