I'm in transition. And since Robyn deHart is madly working on her deadline, I have plenty of time to step in here.

This transition period is difficult. My last book, One Deadly Sin, came out in May. Meanwhile, I finished my latest--whose working title is Two Lethal Lies--and sent it to my agent to read. She got back to me a few days ago with basically no changes. I get nervous when someone reads my manuscript and tells me it's great. Weird, huh? Does anyone else feel the same? If she had told me the first hundred pages need a total revision I would have accepted that. I'd feel awful, but happy in a way. At least I knew she actually read it...

So now my "masterpiece" is ready for the editor. I'm delaying, making sure it's exactly how I want it. But basically I'm done.

I've been floating around, thinking about the next book. I have a few foamy ideas, but I can't seem to corral them enough to get them on paper. So I play lots of freecell and solitaire (do you know how many versions of that game there are? I think I've played every one). I've blogged, guest blogged, and commented. I've updated my website 500 times. I watch TV. I'm trying to read--3 books so far. A record for me these last few years.

I know the way to success is to have several projects going on at once. One publisher for the fall book, another one for the spring. A YA here, a single title there. I can't seem to manage that.

I wonder if this is true for everyone, not just writers. Project managers, copywriters, film makers, research scientists--where are you?

Those of you out there (writers or not) who go from one thing to the other seamlessly and without bumps--how do you do it? Got any tips? Rituals? Spells? Send them my way.
Posted by Annie Solomon at 6:14 AM 3 comments: 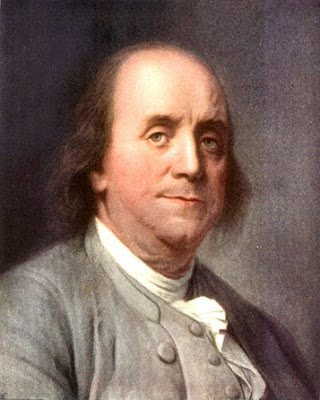 Along with inventing bifocals, the Franklin stove, and the first fire department, Benjamin Franklin formed the first public lending library in America, in the city of Philadelphia.

Today it was announced that as of October 2, 2009, the Free Library of Philadelphia will be closing all of its branches due to lack of funding by the State Legislature.

Not only will there be no lending libraries, but all the programs operating through the library system will be discontinued. These included children’s after-school programs, computer classes, GED, ABE and ESL programs, and library visits to schools, day care centers, and senior centers. 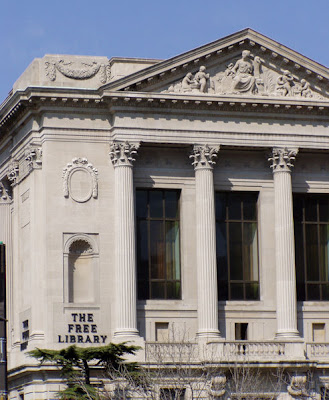 I think this sets a very dangerous precedent. It’s a slap in the face of literacy, as well as a grave insult to one of our Founding Fathers. So even though I don’t live in Philadelphia, as a lover of books, I’m going to see what I can do about it.

If you’d like to read more information and take up the fight with me, start here:
http://www.library.phila.gov

Sarah McKerrigan...
Stories to keep you up all night!
LADY DANGER - Riding to the rescue April 2006
CAPTIVE HEART - Coming for you October 2006
KNIGHT'S PRIZE - Stealing your heart April 2007
DANGER'S KISS - Flirting with trouble May 2008
Posted by Sarah McKerrigan at 11:47 PM 7 comments:

It's over. Labor Day was yesterday, and now I think (even though the literal seasonal calendar may disagree) we're into fall. School has started and before we know it, it'll be getting cooler and the holidays will be here!

The summer started off with a bang for me, when my first book, A HINT OF WICKED, was released. The months of June, July, and August were a giant whirlwind, and the summer ended for us with a Labor Day baseball tournament. It was in San Diego, which, as far as I'm concerned, is the city with the all-time nicest weather of anywhere! Our boys lost in the semifinals, too, in the kind of close game that leaves you going, "Oh, if only xxx had caught that ball, or if yyy made it to first before he was thrown out..."

r I will always remember for the release of A HINT OF WICKED, but I will also bring home fond memories of baseball, baseball, and more baseball (my son was on a championship team and we were at tournaments almost every weekend, along with practice every single day!).

I have definitely learned to enjoy the game, that's for sure! I do love watching my son play.

How about you? What is your fondest memory of this summer? 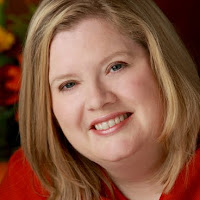 Oh, hello. Apparently it's my day to post, which I nearly forgot, but most fortuitously remembered in time.

So let's discuss reading lists, shall we?

Recently someone (who was obviously procrastinating that day) posted on one of my writing loops with a link to NPR's favorite beach reads. Apparently NPR had some kind of online poll for the 100 best beach reads ever. The top pick was a Harry Potter book, which quite makes sense to me, but after that the list became rather dicey. I remember Anna Karenina was number 42.

Some other picks were: The Adventures of Huckleberry Finn, The Old Man and the Sea, and Lolita. Now far be it for me to be judgemental, but I think some of the people who took this poll are big fat LIARS. Who in the world would take Lolita to the beach? (Note: I'm not knocking any of these classics, but come on, haven't you read something more recently?) It's as if they couldn't think of a book--any book--so they had to fall back on their high school (or in the case of Lolita, college) reading lists.

Sigh. I've thought about this list and I've come to the conclusion that either a) these people are fibbing about what they like to read, or b) they aren't reading at all, or c) they really are reading Lolita at the beach.

I'm not betting on c. So in the interest of Honesty in Reading I've decided to list what I'm reading. Let's see, the last three books I read were:

The next three books I'll read (probably--they're on my bedside table anyway) are:

Hard and Fast by Erin McCarthy (I'm on a roll!)
Death Angel by Linda Howard
and
Storm of Visions by Christina Dodd

And--special bonus!--if I were going to take a book to the beach and assuming I'd read it before (thus qualifying it for best beach book ever) I'd take:

Unless I brought Linda Howard's Mr. Perfect. Or Jim Butcher's Summer Knight. Or Julia Quinn's Romancing Mr. Bridgerton. Actually, if you gave me enough time, I bet I could come up with at least a hundred books I'd bring to the beach before I took Anna Karenina.